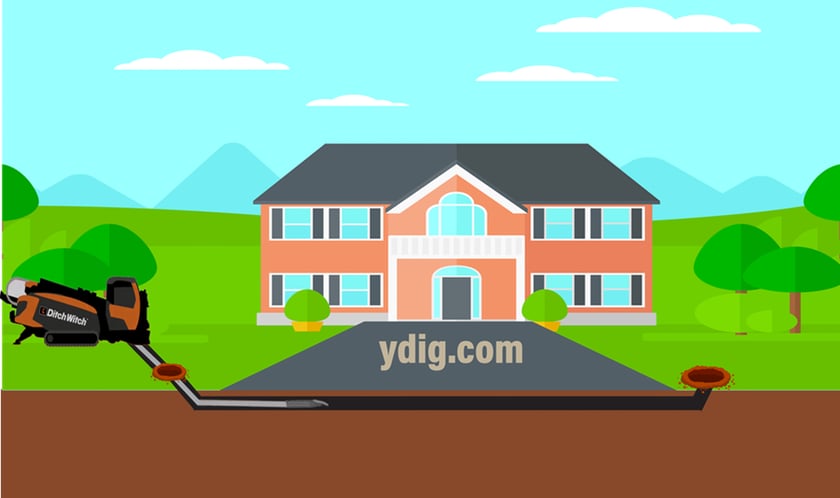 As new technologies used for directional driling of trenches, digging or renewing pipelines has been made significant improvement in speed, reliability and prevention of property damage.

Directional boring, also referred to as horizontal directional drilling (HDD), is a minimal impact trenchless method of installing underground utilities such as pipe, conduit, or cables in a relatively shallow arc or radius along a prescribed underground path using a surface-launched drilling rig.

Our directional drilling and boring machine is constructed with heavy-duty, commercial-grade steel, the unit can pull in new pipe of up to 16 inches in diameter with 100 tons of pullback force. For power, the pipe-bursting system uses a 60-horsepower Cummins engine, which is fully enclosed, fully accessible, and, at 83 dBA, not too hard on the ears. Load-sensing hydraulics allows for automatic downshifting when a load is introduced, and higher speeds during makeup and breakout.